Most parent goes through it at some point. Those times when your toddler decides to throw a tantrum. Sometimes, the littlest thing can set them off and how you respond determines how it ends. It can be overwhelming for parents and during those times when you’re already having a bad day, it can even bring you to tears.

Fortunately, there are ways to beat toddler tantrums without tears, so you can move past them. Try the following suggestions the next time your toddler decides to throws a fit.

Give Him His Space

During the first stages of a tantrum, your child is angry. He may scream, kick, hit or throw things to express this anger. During this stage, you may also notice him crying or whining because in addition to being mad, he is also very sad. During the next stage, the anger begins to fade. Your child is mostly sad now and he may even be a little ashamed of his actions.

During these stages, it’s best to give him his space and allow your child to go through these emotions on his own, provided he is not harming himself in any way. Don’t try to hold him, comfort him or talk to him about the problem because he doesn’t really understand what is happening. Questioning him or trying to force him to calm down only escalates the problem.

Once the anger is gone, your child begins to feel bad and he needs to know that you still love him even after the way he acted. This is when you need to provide hugs, kisses and reassurance that even though you don’t approve of his actions, you still love him just the same. Providing comfort and sympathy for your toddler will also make you feel better. 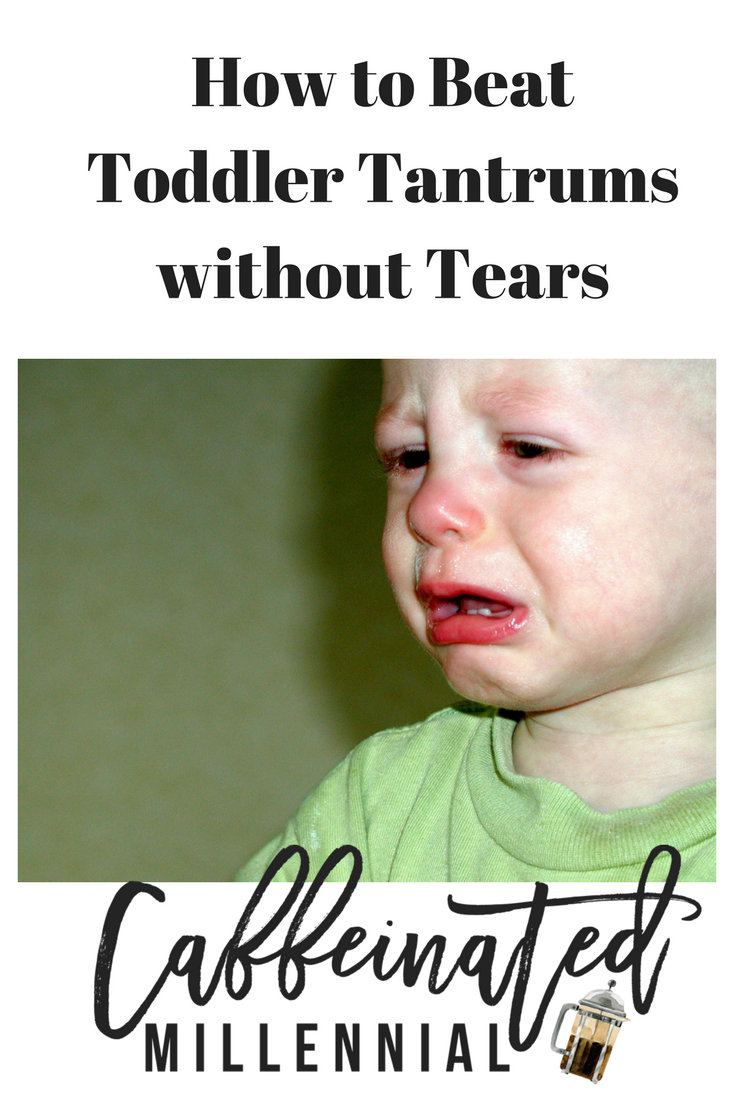 When your child is throwing a tantrum, it’s easy to take it as a personal attack on you, especially if he says you’re mean, he hates you or other hurtful things during the angry stage. Children say these things because they are hurt and upset but they don’t mean them and they don’t throw a fit just to try to hurt you. It’s just a normal part of growing up, accepting things they don’t like and finding themselves. Don’t take it personally and it won’t hurt your feelings, driving you to tears.

Once the tantrum is over, let it go. Your child certainly has. In fact, he won’t even remember it an hour later unless you bring it up. He went through the stages and expressed his emotions in the only way he knew how, now he is ready to move on and have a good time. Therefore, there is no need for you to sit around dwelling on what happened, making yourself miserable. Do something to help you relax instead, so you can forget about the incident and move on, too.

Use these tips the next time your toddler throws a tantrum to help relieve some of the stress, so you don’t feel so overwhelmed. You can also remind yourself that throwing tantrums is a normal part of being a child and he will grow out of it, as he gets a little older.

However, if they persist past age 3, involve trying to hurt themselves or others, last for 20 minutes or longer or occur several times a day, talk to your health care provider. There may be an underlying problem causing the tantrums.