Millennials spend more time online and on social media than any other generation. We use it for business, we use it for pleasure, and we also use it to stay up to date on news and current events, and in touch with friends and family. I really don’t have to tell you how great social media is. I’m sure you’re well aware of its benefits. That means, however, that you’re probably also aware of the downsides.

Social media trolls fall into this category and it’s important to know how to deal with them correctly in order to get the most out of using networking sites. You can’t prevent encounters with trolls, although you can do some things to create an environment that is less inviting to them. However, they will come around from time to time and you need to have a plan in place to handle this before the situation occurs.

So what is a social media troll? 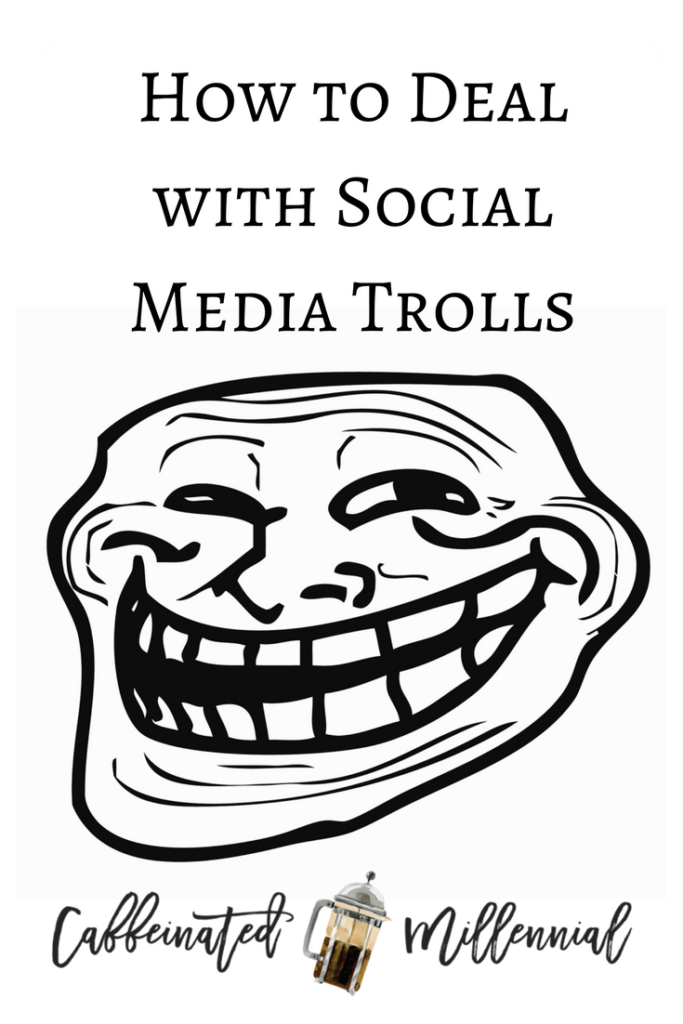 Just like any online “troll”, there are a variety of ways that this can be defined. In general, social media trolls are people who take to social networks to harass, provoke or intimidate others. This is different from legitimate griping and complaining and is usually done only to entice others into some kind of online altercation.

They like to say things to upset people and start arguments either by leaving negative comments that are out of line or by simply not letting the issue go once it has been addressed. They may also use abusive or offensive language. Sometimes their tactics are not as obvious or malicious. They may simply pretend not to understand something in an attempt to get others to explain it but then they take this on and on beyond the point of tolerance for everyone involved.

So what can you do  if a troll is coming around your network and making trouble?

I don’t want you to go on a witch hunt (troll hunt?) thinking that every negative or oddly placed comment is a troll. Seriously, don’t do that. I’ve seen people do that and it’s obnoxious. That said, you need to know how to recognize trollish behavior when it occurs. You should never engage, or “feed the troll”, as they say. So the quicker you spot it, the quicker you can take the right approach to it. Don’t fall into the troll trap and start playing their game. If you fall into it accidentally, back away as soon as you are aware. You also need to be sure you know the difference between an actual troll and an upset customer or friend. The former should not be baited but the latter will need your attention. Sometimes a person is just upset, or confused, and it may come off like trollish behavior. In general, I say always give someone the benefit of the doubt until you’re certain they are just being a troll.

Be Prepared for Negative Comments

At some point you will receive negative comments. It’s inevitable so you need to know how to deal with them the right way. Do not take things personally and don’t delete the comments unless they are very offensive to other viewers or contain hate speech or threats. Instead, take this opportunity to show consumers that you value their opinion by responding to the comments professionally and letting the person know that you will take into consideration what they have to say. Depending on your business and the troll in question, this might be an opportunity to effectively use humor to acknowledge the issue but show how you handle these types of issues.

Be Respectful and Positive

Be respectful at all times, no matter how upset you get. If you need to take some time before responding to get your thoughts in order, do so. It would be better than responding emotionally where you may say something that you would regret later.

Here are some simple guidelines for handling a social media troll:

I advise you to be cautious of blocks and bans. You don’t want to go crazy with the banhammer and make people think you’re a tyrant who doesn’t allow free speech and thought on your social profiles. However, there are times when a troll just won’t leave things be and sometimes a block or ban is necessary.

Here are some things you should NOT do:

Using this information will help you prepare for the negative comments in advance so you won’t be caught off guard. The way you deal with social media trolls is a reflection on your company, so think before you comment, be respectful and stay positive. Have a plan of action in place before you ever need to use it and you will be prepared for anything. When it comes to personal connections and friendships, remember that you don’t have to hold onto anyone who is making trouble in your life. It’s perfectly okay to unfriend and block.