A girl’s first true love is her father. —Marisol Santiago

If this is true, perhaps it’s why I have always struggled to find “true love”. I never had a father. The simple story is that my mother dated my father from the time she was 15 until she had me (at 21) and he wasn’t a good man. He wasn’t even close to being a good man and I’m not going to lie about that to spare anyone’s feelings anymore. He abused her in every way imaginable and she had left him or made attempts to leave him more than once. When she found out she was unexpectedly pregnant with me, he convinced her to stay. After my birth (that he couldn’t be bothered to attend), they lasted about 6 months before she left him for good.

I saw him once when I was 6 years old. We drove over 4 states to visit him but I only saw him briefly. I would find out years later that his addiction had something to do with this. I saw him again when I was 12 – a few times this time, as we moved close to him. I visited but spent more time with his girlfriend and her daughter than with him.

I saw him the last time as an adult, when I had children of my own. He stayed drunk the entire visit. He took me out bar-hopping one night and tried to buy me drugs. It really is as bad as it sounds. I loved his then-common-law wife (they’ve now split, I hear through the grapevine). She was kind and my kids loved her, too. Apart from that, the visit just showed me I hadn’t been missing anything all those years. When we parted, he took my contact info and promised to keep in touch. I’ve never heard from him since. It will be 12 years this year.

I’m not sad over it. I’m not even angry anymore. If I ever had the chance to see him again, there are a few things I’d probably tell him. Since that will probably never happen, here’s my open letter to the father who never wanted me. 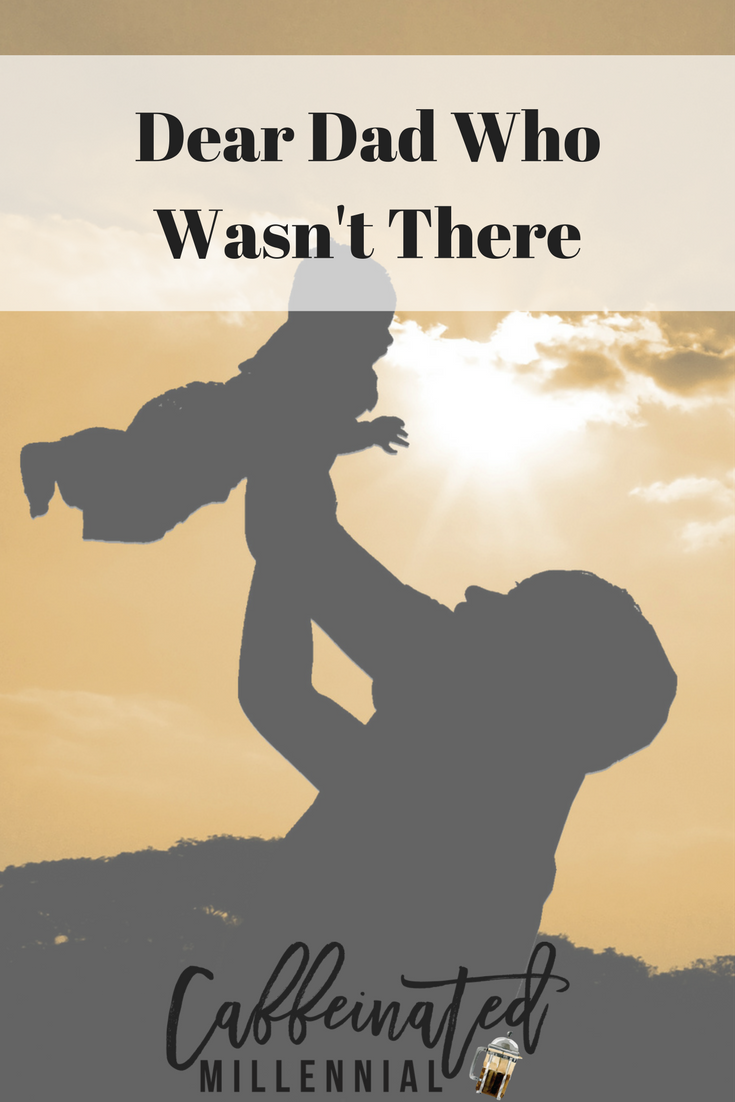 The random cards every now and then on Christmas and my birthday (usually signed by your girlfriend) didn’t make up for not being there. They didn’t make up for not calling, for not visiting, for not making an effort to try to be part of my life. When I visited you once as a child, the people you worked with told me all about how you bragged about me. This was news to me since I hadn’t spoken to you in six years. How manly of you to show pride for something you had nothing to do with!

When I visited you again as an adult, I heard stories of how kind you were. How philanthropic. How you helped a young family down on their luck and let them live on your property. You gave them shelter and a way to earn a living, a way to put food on the table. Everyone praised you and your good deeds.

You were a good man, they said.

That was news to me.

I never got to know what it was like to sit on a father’s lap or to have my daddy’s arms around me, embracing me. I will never know that kind of love. I would never know what it was like to hear my father say he was proud of me, or that I did a good job. I had the awkward experience of not having anyone to make a craft for on Father’s Day at school or not knowing how to answer when people asked questions about you. I know next to nothing about you! I never got to do Daddy-Daughter dances and you were there to walk me down the aisle when I got married. I was robbed of the opportunity to see what a good man, a good husband, and a good father was like so I ended up in an abusive marriage myself. I struggled with self esteem, with abandonment issues, with an eating disorder… I struggled so much more than I ever had to if you had just made the decision to be there.

But you know what? I got through those things.

To give up would be to be like you. To be a coward. To be afraid and unable to face that fear. To rely on drugs and alcohol to dampen the pain. I chose the other path. I chose to face my problems head-on and find a way to fix them. I persevered through the pain of never being wanted by you. I struggled against the challenges of being raised without a father, and by a mother who could hardly care for me on her own. I found my own way. I found happiness and peace.

And although you’ve never asked, I’ve forgiven you.

The Daughter You Never Wanted

The first time I heard this song by Kelly Clarkson, I cried. When she performed it live and chocked up, I felt her emotions. Even when you get past the pain, past the disappointment, and past the feelings of worthlessness, it doesn’t go away completely. You just learn to transition those emotions into something positive. While Kelly talks about her own husband and how he is there for her, it’s important to also point out that you don’t need a man to complete you. To feel this way will lead to a series of abusive relationships, low self-esteem and other struggles. I don’t think that is the message Kelly is trying to say in this song. She’s just saying she has found a good man. If you grew up with an absentee father, know that  you are worth it. You deserve love and respect. You matter. Just don’t try to fill that void with another man who might not have your best interests at heart. If you’re feeling sad, hang in there. Remember, it’s not your fault. You didn’t do anything wrong and you do’t deserve to be abandoned. You are not alone. <3