What Are Fidget Spinners?

Unless you’ve been living under a rock lately, you’ve probably heard about fidget spinners. They’ve been mentioned on the news, they’ve been highlighted in stores everywhere, and they are probably in the hands or pockets or nearly any young person you come in contact with. So, what are they? Is it a toy? Is it a tool? One thing is for certain: it’s a fad. We’ll go into that more later, but first, let’s talk about what they are. 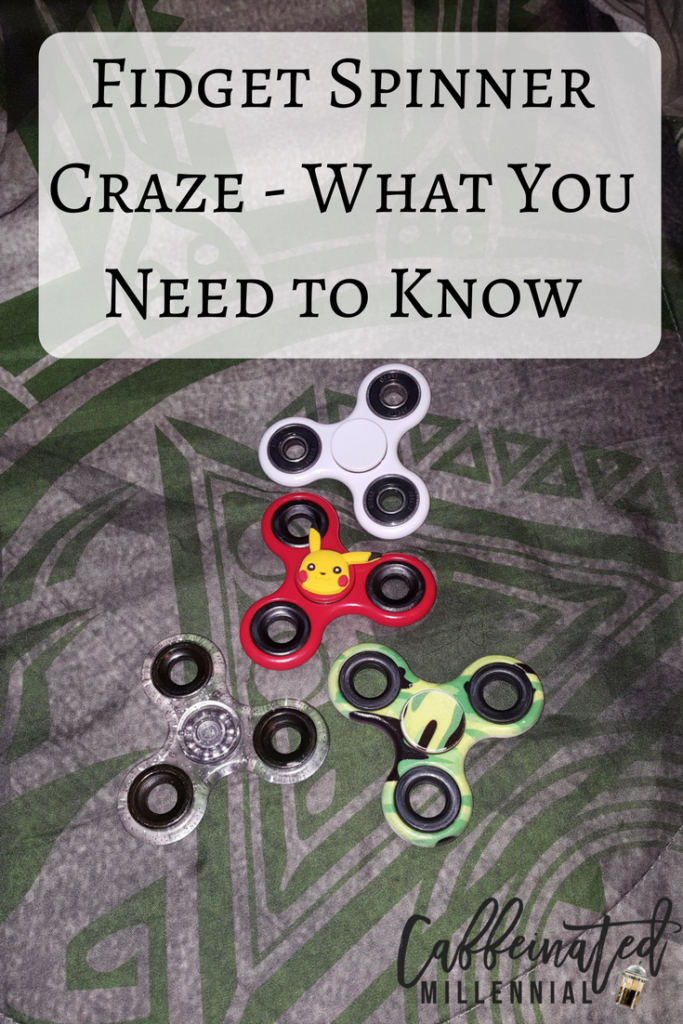 ~This post contains some affiliate links, and I will receive commission for your purchase.~

Fidget spinners are one of several types of tools designed to help people reduce stress and anxiety , and to help with conditions like ADHD and PTSD. If you or someone you love has these conditions, you may already know about fidget spinners. Most of the rest of the country just caught on when they became a fad. As you can see in the GIF below, the device is a three-pronged structure that fits on a bearing in the center designed to allow it to spin along its axis with little effort. Cheap models are made from plastic but there are also metal and plastic/metal combination designs. Since they became so popular, there are also some with lights that flash and other fancy or unique designs.

via GIPHY
The weighted propellers inside the three prongs on the fidget spinner allow it to spin for several seconds (sometimes longer). So, what’s the point of it? Do people really enjoy just spinning something around in their hands? It’s kind of like a modern version of a spinning top so I can see how it could be fun as a toy and also helpful for those with sensory issues or anxiety. This brings us around to the next point of why people use them.

Why Do People Use Them?

Everyone fidgets when they are stressed out. Some people also fidget when they are nervous or anxious. People with ADHD, anxiety, autism, and similar conditions may also have trouble concentrating or need an outlet for their anxiety.

According to a report in Forbes.com, the theories regarding benefits of fidget spinners are supported by limited scientific evidence. However, what these theories put forth is that fidgeting occupies parts of your brain that would distract the rest of the brain with random thoughts such as anxious thoughts about the past or the future. Fidgeting thus prevents your mind from remaining occupied in obsessive and unhealthy thoughts.

Other theories say that body movements are an integral part of our thinking and expression process. This means it would actually be difficult, if not impossible, to do something creative like writing a book, giving a speech, or singing a song while keeping completely still. Whether you play with it just for fun, or use it to boost concentration or release anxiety, they are now more readily available than ever before.

What’s With the Recent Craze?

Lately, it seems they are taking the world by storm. Elementary schools across the country are finding them everywhere. You will see them at the checkout counters of your local store. You will see them in the mall. In fact, you’re probably seeing and hearing about them everywhere and honestly, I couldn’t begin to tell you why they’ve become a fad. I have been a parent for 18 years now and I’ve seen a lot of fads come and go with kids. There were Pokemon cards, then Bakugan, then TechDecks, then Pokemon all over again… it’s a cycle that never ends. Regardless of why they became a fad, it pays to learn a bit about them.

Why are they being banned in many schools across the country? Well, the answer to that is pretty clear: they can be a distraction. My children have special needs and have used these before the latest fad and mine who are in public school actually did not experience them getting banned. However, I can see why many schools are choosing to ban then. For one, the spinning (and even the slight noise they make) can be a distraction in the classroom. Even more than that, the problem lies in children fighting over them.

As with many other fads, they became a collectible with students trading them like baseball cards or Pogs in the 90s. Kids want to buy, sell, and trade different colors and designs. This always leads to arguments over who had one first, or “someone took my fidget spinner” and other nuisances for teachers who already have enough to deal with.

It’s not just for kids, though. Many millennials are finding the little stress-busters to be very useful. It can help you concentrate better while working on something and could help you focus on that content or piece of work you’re currently working on. Personally, I keep two at my desk for when I am writing and researching. I find it really helps me focus on the task at hand versus getting distracted by the internet, other people in my home, or whatever random thoughts might be going through my head.

If you are looking to try one, or are already a fan of fidget spinners, you need to check out these great designs at Fanatics. They are great for the sports fans on your list as well. If you’re a fidget spinner collector, you’re probably going to want to pick up several.

Fanatics.com now has over 130 different fidget spinners for over 100 different teams with more on the way over the next couple weeks. See some of my favorites below.

Now that you have all of this awesome info about fidget spinners, let’s talk about some of the cool styles you can get. If you or someone you know is a sports fan, you’re going to want to check this out: 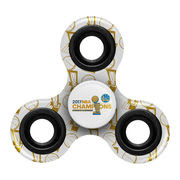 So there you have it! Tell your friends. Pass it on. You won’t find awesome sports themed fidget spinners like these anywhere else. They start at $6.99 so you’re not breaking the bank (this  pricing is in line with what other stores are charging for pain ones) and there are so many great styles and logos, you won’t know where to start. Look up your favorite sports teams and see what they have for you today.

How to Help Prepare Your Kids for College
Build a Snowman without Snow
7 Tips to a Better Kitchen
Exercises to Help with Back Pain
How Do Essential Oils Work?