I have been keeping a journal since about the 3rd grade but I’ve been writing for as long as I can remember. My grandmother taught me to read and write before I started Kindergarten and I was in love with the written word, telling stories, hearing stories… it was all magical to me. I never thought there was anything about my life that was all that special to need recording but I received a diary for Christmas the year I was in 3rd grade. It was one of those with the little key and lock like nearly every girl had at the time and I wanted to write something special in it. I began “Dear Diary” style and I wrote about my life, my school, my friends, and my early crushes. Sometimes a daily entry would just be a couple of sentences and sometimes I would go weeks forgetting to write at all. There is one thing that is significant about that little diary: it started a habit that would one day save my life.

Since those early days, I’ve never stopped journaling and for the better part of 20 years now, I’ve journaled nearly every day. Over the years, the techniques would change, my choice of pen and paper would change, and the things I wrote about changed but the one constant was that I wrote. It was therapy for me. It was release. It was a best friend who’s always there but never judges you. It was as much a part of who I was as my right arm. There would come a time in my life, however, where my journal would become much more than that.

Here’s how journaling saved my life…

I was in an abusive relationship for a lot longer than I care to admit. People always ask “Why did  you stay?” I’ve seen the same question asked about others. I’ve likely been guilty of thinking it (even if I was too polite to say it) about someone as well. While there are probably a million reasons why people stay in abusive relationships (safety being one of them), it was my journal that helped me realize I needed to get out.

The short version of a very long story is that I was involved with a narcissistic abuser. We had children together. We were financially and physically entwined. The longer we were together, the more difficult it was to get away. The longer the relationship lasted, the more he sucked away all that was left of me until I reached a point where I likely wouldn’t have even tried to leave were it not for a chain of more serious events and my journals.

Psychologist Stephen Johnson writes that the narcissist is someone who has “buried his true self-expression in response to early injuries and replaced it with a highly developed, compensatory false self.” This alternate version of the person often appears conceited, self-absorbed and grandiose. They often believe they are meant to do “great things” and feel they are entitled to greatness simply by existing. This type of person is impatient, holds grudges, lacks true empathy, has an inflated view of self, violates the personal boundaries of others, has feelings of entitlement, makes promises they don’t keep,

The narcissist uses manipulation to get what they want even at the expense of others. They will embellish stories of their own achievement, they give advice even even when not well-versed in the topic of conversation (and even when advice was not asked for) and requires excessive admiration. Narcissistic abusers are very exploitative of others. They use people for their own personal gain, sucking them dry and tossing them away when they are no longer a source of power and energy for them.

In short, they will make your life a living hell.

So the big question is why someone would get involved with a person like this in the first place.

Narcissists are tricky and manipulative. You won’t see his true colors when you start out. In fact, he will probably seem like the most amazing person you’ve ever met. He will do or say whatever it takes to get you to fall for him. They are charming and usually grab attention of everyone in the room. They do everything they can to present this faux personality to you and also to everyone you know. This acts as a double-edged sword when the time comes that you discover who he really is. If you complain, friends and family won’t even believe you. They’ll wonder why you’re complaining, say “he’s such a nice guy”, express that they’ve never had a problem with him. If you have children, he will convince people he is a great father, and that you’re the one with the problem.

The narcissist will go out of his way to make you feel loved and special. He will take his time until you are fully convinced he is wonderful. When he shows his true colors, it won’t happen in a blink or the snap of the fingers. It happens gradually and subtlety. It happens in all those little ways that make you question your sanity. While it’s different for each person and each relationship, the same patterns are always there.

The Cycle of Abuse is always present, even if it’s not as obvious as with other types of abuse. The narcissistic cycle of abuse is typically triggered when he feels threatened. Then he abuses others. Next he becomes the victim, and finally he feels empowered again. Christine Hammond, MS, LMHC explains this well here. When you’re inside this cycle, it’s very difficult to see it. You have to recognize it before you can see your own role in it and then take steps to end it and get away.

This is where my journal comes in.

There were times that I honestly wasn’t sure what the truth was anymore. That’s how bad he had mixed me up. I questioned my own reality, as it was happening right before me. Still, because I had always journaled, I had logs of my life, our life, and the abuse. It was all there in my very own handwriting.

My ex loved to twist my words around, especially when he was confronted with something that challenged him or made him feel uncomfortable. When he would say something mean to me, do something mean to our children, cheat, or otherwise disrespect me, he hated to be called out on it. When I confronted him about hurtful behavior, he ALWAYS turned it around on me. It was my fault. He was the victim. I made him do it.

It didn’t matter what it was.

This happened so much that I reached a point where I honestly questioned whether or not he was right. When he talked inappropriately to other women online and I caught him, I was “jealous”. When he abused our children, he said “You asked me to help discipline them”.

If he forgot something, it was my fault because I didn’t remind him.

He treated me and our children however he wanted and if we didn’t cater to his needs in every way, he lashed out at us, abused us, then blamed us for causing it.

This was our life for years. It was miserable. I was caught in this cycle, constantly trying to please him. I just wanted to see him happy. I wanted our family to work. The more I loved him, the more he drained me.

My journals helped me to see what was really happening. 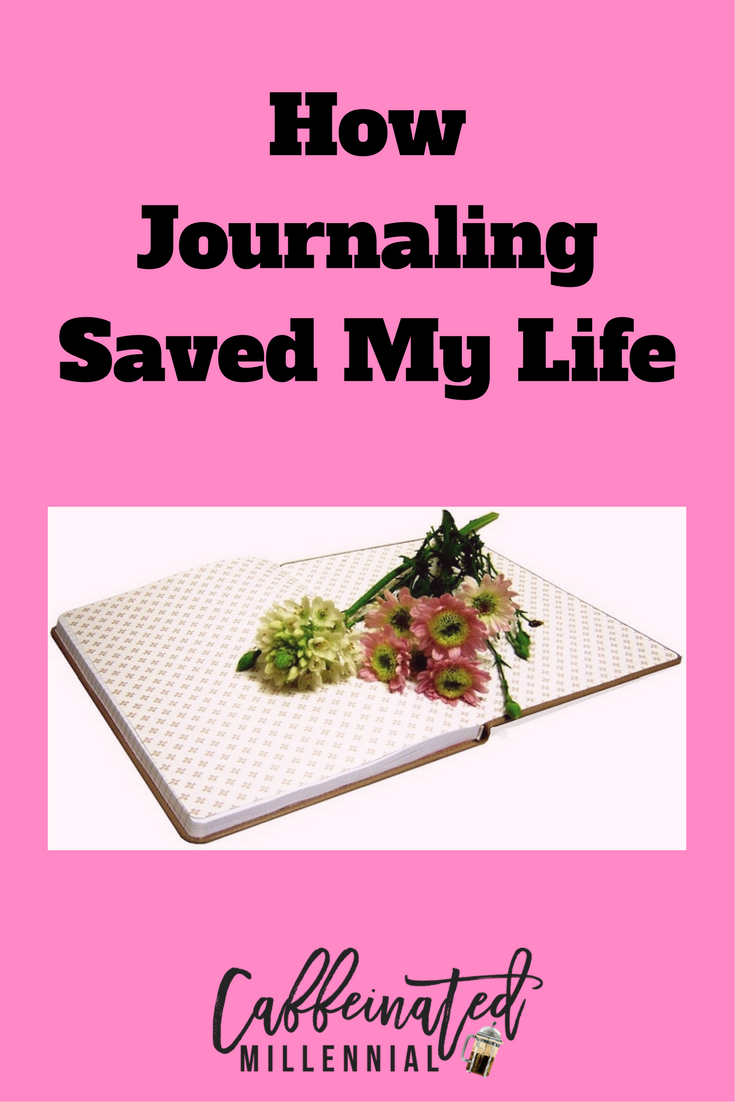 He abused one of our children to the point they ran away, then told me if I let the child come home, he would leave me. His antics knew no limits. He would sleep with the bedroom door locked and a knife beside the bed, dramatically and emphatically insisting that one of the children “was crazy” and might come in and “murder us in our sleep”. (There was no evidence to support any of this.) He went through elaborate schemes to try to distance me from the children so we didn’t gang up against him. He tried to prevent us from talking to one another, lest we figure out his little games. He wanted to keep us all distracted fighting among ourselves so we didn’t realize he was puppeteering the whole thing.

When these things happened, I hurt. I was confused. I was afraid, although I couldn’t articulate words to express why.  I was alone. I didn’t talk to anyone because it seemed no one could understand what we were going through. But I wrote. I wrote it all down. At the time, it was just something I did to release my emotions but when I went back (years later, in some cases) and read what I had written, I saw the patterns. These were patterns that had existed for years.

It all started to makes sense then.

At the end, he tried to convince me I was crazy. He urged me to see a therapist (I’m sure I needed one but not for the reasons he said) and he even accused me of being an alcoholic (I don’t even drink). He said I should “get some help” because I was “acting crazy” and that I wasn’t seeing things correctly. From the time this abuse started, I couldn’t express myself regarding anything he did without his favorite fallback: “You’re crazy.”

I know other survivors who had their abusers go so far as to move things around in the house, hide precious belongings, or secretly change the thermostat in the house all in order to convince the victim he/she was “crazy”. I have no doubt these things were happening to me so I started logging everything, tracking everything, writing down everything I could at the time it happened knowing that in my abused state, I may not remember the facts correctly later. Knowing that once he was through with me – through yelling at me, degrading me, attacking me, and insulting me – I would question my own memories.

Journaling has long been used as a tool for abuse survivors and I do plan to write about journaling through abuse more in the future but for now, the point is that my journals gave me the perspective I didn’t have while caught in the center of the cycle of narcissistic abuse. It was a perspective no one else could give me because to outsiders, everything looked fine – great even. It was perspective I needed to get away.

It saved my life.