In April 2016, I donated one of my kidneys to someone I had never before met face to face. My online friend became an instant sister to me and I learned many things about life in the process. I’ve been wanting to write about this on the site for a while now and with our one year anniversary of the surgery date coming up, and with today being World Kidney Day, I see no better time than now.

Today is #WorldKidneyDay. Did you know that kidney donation is the most common type of living organ donation? Living kidney donation could eliminate up to 83% of the National Transplant Waiting List. Learn more about living donation here. Here’s my story… 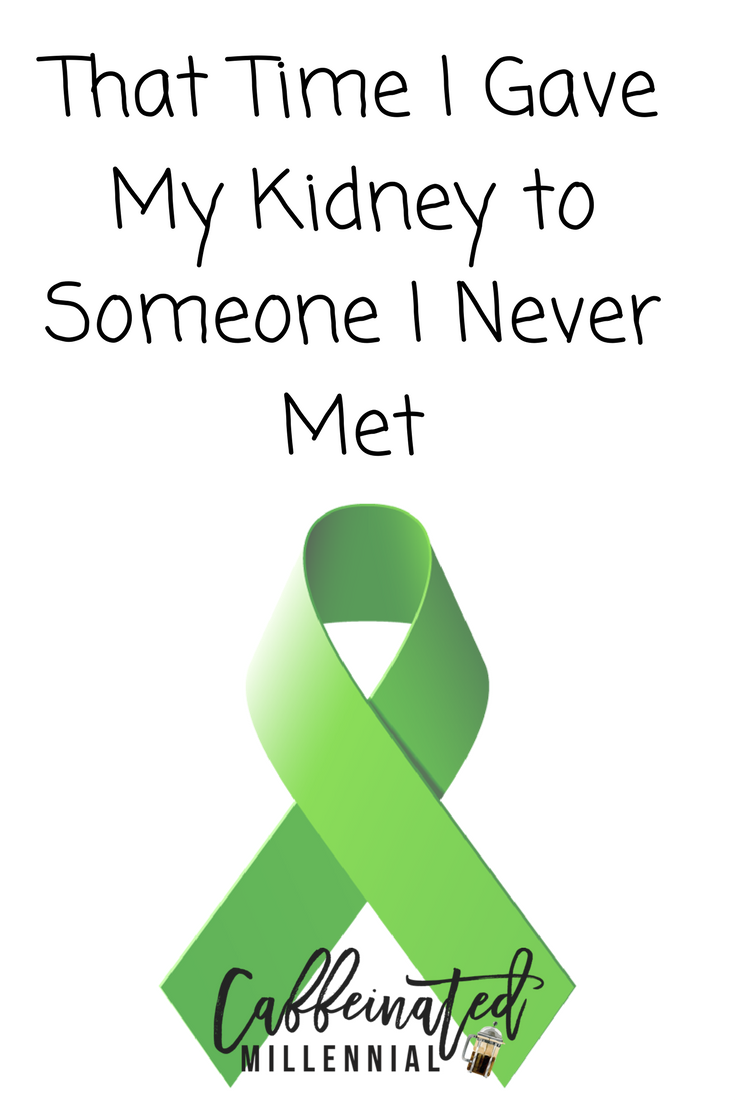 Honestly, I never thought I would be a living kidney donor. It’s not something I specifically thought about or planned, which is why I think it’s so important to share my story. I was an organ donor. I had it on my driver’s license, in my will, and I had told my loved ones of my wishes, but living donation was never something that occurred to me. Honestly, I didn’t really know much about it. As far as I know, I’d never met someone who donated or received a living organ. I had met cadaver recipients but I knew next to nothing about the living donation process. I was going to get a crash course in how this all works.

Before we get any farther into my story, let’s talk for a bit about organ donation in general. There are many, many people out there today who need organ or tissue transplants and they can’t get them due to the shortage of donations. There are over 123,000 Americans currently waiting for a lifesaving organ transplant. Of these, over 100,000 are in need of kidneys. Sadly, only 17,000 people each year will receive them.

12 people will die every day waiting for a kidney.

That’s right, 12 people will die every day waiting for a kidney. You know what? A healthy person only needs one kidney to survive. That means there are a whole heck of a lot of people walking around out there who could be saving these lives. Organ and tissue donations helps others have a second chance at life.

There are two main ways you can be an organ donor. Let’s take a look.

A deceased donation means that you will donate your organs after your death to someone in need. It’s easy to identify yourself as an organ and tissue donor. Many states allow you to do so when you get your driver’s license. I’ve been doing this since I got my first license at 16. You can visit the Donate Life America website and choose your state of residence to join your state’s online registry for donation.

There are more people willing to do deceased donation than living donation, and it’s definitely a good thing that people donate. Signing up online or with the DMV is your first step toward donation but you should also let your family members know of your intentions. Often the family will be asked to give consent for your donation in the event of your death.

While I had been a deceased donor volunteer for as long as I had been driving, for the longest time I didn’t even know living donation was possible. It wasn’t something I had ever really heard much about or thought much about. I suspect there are probably a lot of people who don’t realize this is a thing.

Living donation is when a living person gives an organ or part of an organ to someone in need of a transplant. You can donate a kidney (as long as you have two healthy ones yourself) or part of your liver. Over 100,000 people are waiting for a kidney nationwide. It is very difficult for most people to ask someone for help. Can you imagine how difficult it would be to ask someone for a kidney? Kidneys donated from living donors offer better outcomes and they are a better alternative to dialysis and the long wait for a deceased donor.

A live organ can come from a family member, a good friend, an in-law, a spouse, or even a complete stranger. A genetic link to the donor is no longer a requirement to be a match. To donate a kidney, you will need to be in good health and you’ll have to have both of your kidneys and no signs of possible kidney disease in your future.

Get help navigating the challenges of kidney disease, organ donation and transplantation. 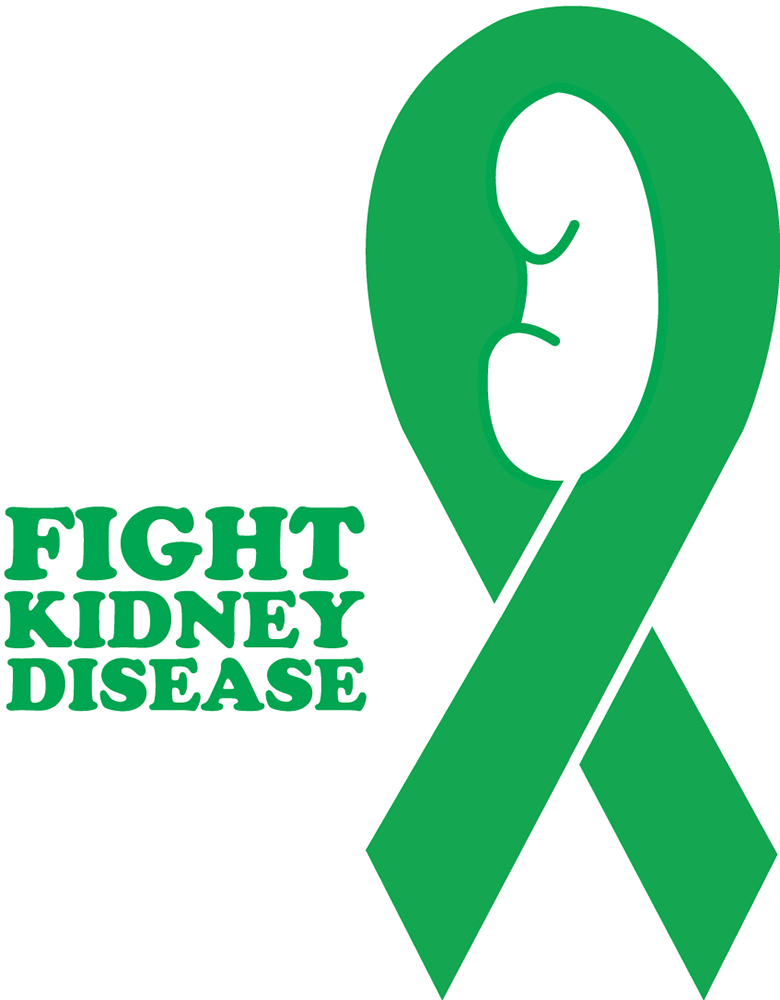 My recipient and I were online friends for years before the transplant. I had never actually met her in person. She was part of a smaller, inner circle of writer friends that I had and I definitely cared for her but we didn’t talk every day, or even every week. We’d never heard one another’s voices until the day of surgery in the hospital. We communicated primarily through Facebook and that is actually how I found out about her need for a kidney.

Her sister had set up a Facebook page linking to the site to download an application to be a donor. I saw this, and also saw that her surgery was to take place at a hospital very close to me. When I realized it was just a short train ride into the city for me, it seemed too perfect not to at least see if I would quality. I knew we had compatible blood types so I clicked on the link, printed the application, then mailed it off. I didn’t initially tell anyone else about my intentions. I had no idea if it would go anywhere.

When the transplant team of the hospital replied to my app that I had been pre-screened and qualified for further testing, I told the recipient and I also talked to my two oldest kids about it. I explained the situation and what I wanted to do and asked how they felt about it. They were incredibly supportive and said they thought it was a great idea. They also said they’d be able to help with their younger siblings and household chores if I did end up being a match and having surgery.

I told my recipient, “If I’m a match and they clear me, my kidney’s yours” but outside of that, we didn’t tell many people. I don’t think she told anyone at first. We both shared a viewpoint of not wanting to get hopes high when it was so early in the game. Who knew if I’d even be a match?

I thought I was basically healthy, and I seemed healthy at my annual physical, but the testing they do for living donors is very thorough and there was a chance they’d find something that disqualified me. It was still too early to want to tell anyone.

My recipient and I talked some during this period, but not a lot. We would send Facebook messages with updates on my testing status, and also general chit-chat, and talk about kidney disease and the donor process. Mostly, I didn’t think about it too much. Life went on as usual as I waited to see what they would say.

Since my recipient was already on dialysis, time was an important factor. They never stopped advertising or looking for donors for her since if I wasn’t a match, she’d still need someone. Dialysis comes with its own set of side effects and they’re definitely not pretty, so getting off that as soon as possible is always a goal. Unfortunately, some people spend years on it with dialysis the only thing keeping them alive as they await a donor kidney. We wanted to get her a kidney and get her off dialysis fast. Luckily, the hospital worked fast and the testing period was done in quick fashion.

Once I had gone into the city for the final testing, meeting with the team, psychological review, and all that, they set a tentative date for the surgery for April. This was in late March so it was going to happen fast. It was very exciting and after the board review came back with a yes, we felt more comfortable telling people this was going to happen.

I was going to give her my kidney!

After that, everything happened really quickly. They scheduled our surgery date for April 13th, just days before my daughter’s birthday. I made plans for my mother to fly in from out of state to help watch the kids until I was on my feet again and then it was full planning mode. The date came, the surgery happened as planned and now, nearly a year later, we’re both doing well.

Sound simple? Well, that’s because it was. Sure, there are risks and complications but it’s typically rare and in my case, the worst thing I experienced was fatigue for weeks after. It would be months before I felt like I fully got my stamina back like I had pre-surgery. I took a lot of naps (new for me) and I needed to stop and rest more often but otherwise, nothing about my life changed. All I had was a mild inconvenience for a while and someone else had a completely new chance at life.

So today, World Kidney Day, take some to learn more about kidney disease and living donation. I’m always willing to answer questions about my own experience with living donation. Do you want to know more?